These are among the main findings of a report compiled by the Cambridge Centre for Alternative Finance (CCAF), 17 major European industry associations and research partners, on the development of the alternative finance business in Europe, entitled “Sustaining Momentum”.

“Nevertheless, compared with the current market sizes of the UK, US and China, the European alternative finance market should have ample room for continued growth and expansion over the coming years,” the report notes. “Assuming a conservative year-on-year growth rate of 50%, we can still expect the overall European online alternative finance market (including the UK) to grow to around €8 billion in 2016.”

For the purpose of the report the CCAF gathered data from 367 crowdfunding, peer-to-peer lending and other online alternative finance intermediaries from across 32 countries in geographic Europe, capturing around 90% of the visible market. Of those studied, 273 platforms are currently operating outside of the United Kingdom, which is the largest alternative finance market, reaching €4.41 billion. It accounted for 81% of the European market in volume. 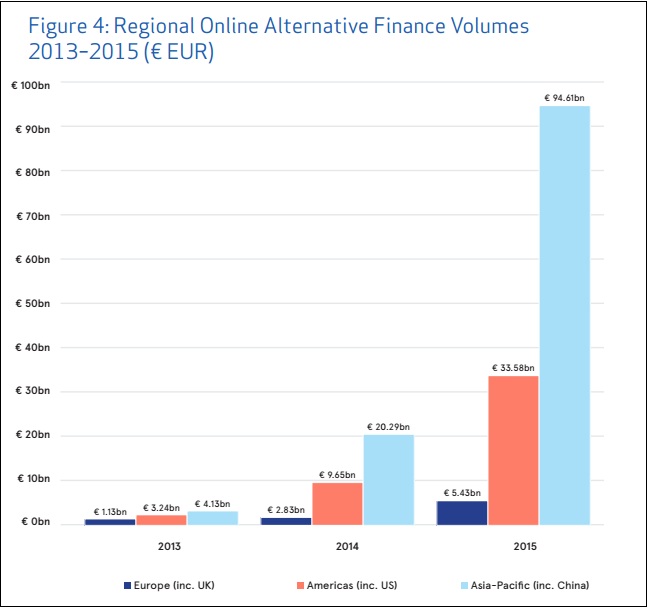 The three largest alternative finance markets in volume, after the UK, which had 94 platforms, were France with 49 platforms and €319 million, Germany with 35 platforms and €249 million and the Netherlands with €111 million. The top five is completed by Finland with €64 million. The relatively affluent Nordic countries collectively pulled in €104 million, while the Central and Eastern European Countries registered a total volume of €89 million.

When looking at volume per capita, and again excluding the UK (€65), Estonia took the first place with €24, followed by Finland with €12 and Monaco with €10. Latvia and the Netherlands rank next.

At the same time, in 2015 invoice trading became the fastest-growing alternative finance model in Europe with a volume of €81 million. However, the business of selling individual invoices to an online community of investors, started from a relatively low base of €7 million in 2014.

Overall, the online alternative business funding grew significantly and raised €536 million for more than 9400 start-ups and SMEs across Europe. This is a 167% growth over the year, from €201 million in 2014. Total debt-based funding for SMEs reached €349 million in 2015 with 156% year-on-year growth, driven largely by the growth of P2P business lending. Equity-based crowdfunding increased by 93% year-on-year to reach €159 million in 2015.

The CCAF report also noted the increasing share of institutional alternative lending – a subject on which a recent report of Moody’s also dwelled. According to the Cambridge study, in 26% of P2P consumer lending and 24% of P2P business lending funded by institutions such as pension funds, mutual funds, asset management firms and banks. 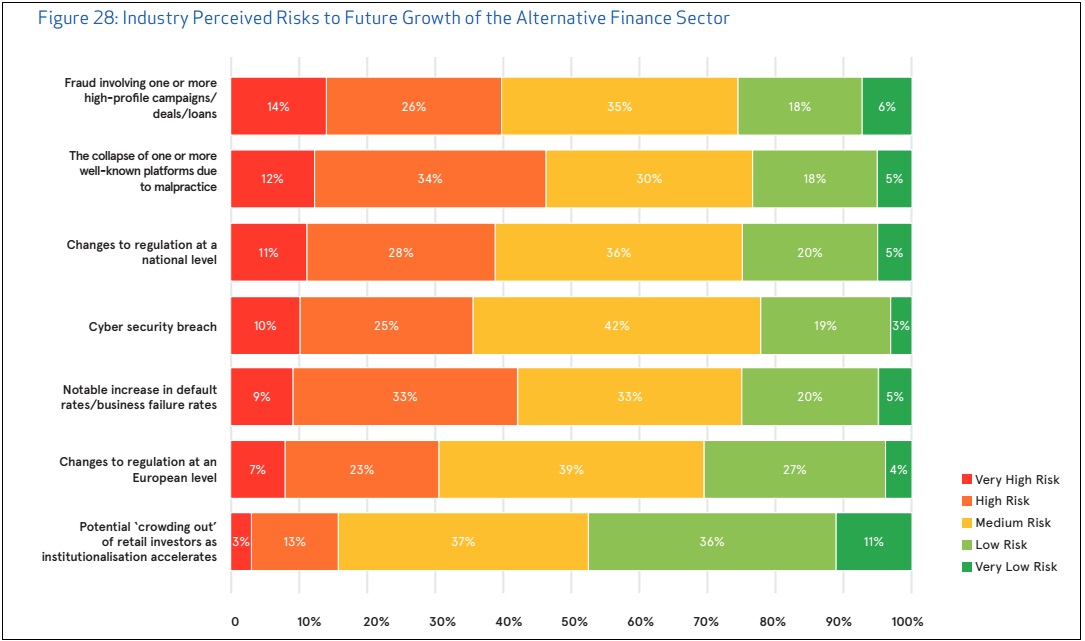