Still, in 2015 the UK alternative finance industry remains the largest in Europe with a total volume of £3.2 billion (£1.74 billion in 2014) and substantive expansion across almost all models, with France coming in second with €319 million and Germany third with €249 million. 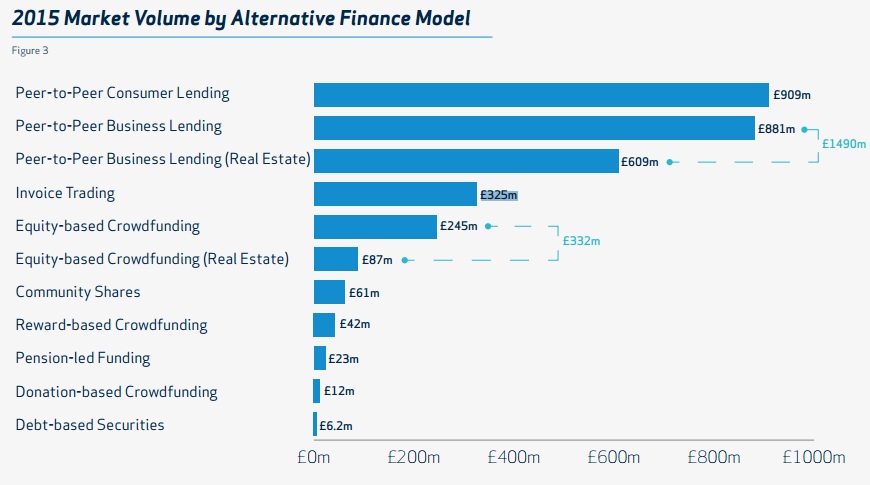 The CCAF study, entitled “Pushing Boundaries – The 2015 UK Alternative Finance Industry Report”, has outlined several main trends like increased market share for the business finance and the rise of institutionalization.

According to Bank of England data, Total alternative business lending reached £1.82 billion – 3.43% of gross national banks’ lending to SMEs. At the same time the CCAF estimates specifically for small businesses found that peer-to-peer business lending (excluding real estate lending) supplied the equivalent of 13.9% of new bank loans to small businesses in the UK in 2015.

The report also outlined the rise of institutionalization, particularly in the P2P lending segments, where 32% of the P2P consumer and 26% of the P2P business loans were funded by institutional investors.

Donation-based crowdfunding is the fastest growing model of alternative financing and rose 500% to £12 million in 2015.

Equity-based frowdfunding is also growing fast and is the second-fastest growing sector with 295% over the year. While in 2014 this model raised £84 million, in 2015 the sum reached £332 million. 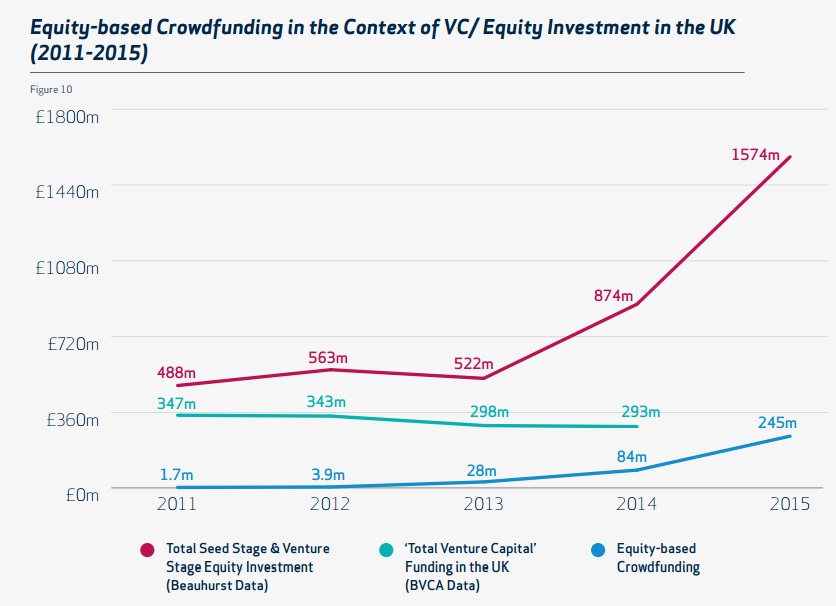