US forex giant Forex Capital Markets (NASDAQ:FXCM) said on Tuesday it turned to a net income of $71 million in first nine months of 2016 from a net loss of  $449 million a year earlier.
Net revenue amounted to $203.5 million in the January-September period, posting a significant drop of 39.3% from the preceding year. Meanwhile, trading revenue went up 6.4% to $196.6 million.

The broker did not provide a comment on the financial performance for the past period. The results are not surprising, considering FXCM faced a very tough 2015, which started with the the Swiss franc-related crisis from January that year.

To offset the effects of the crisis and to resume operations normally, the broker drew a $300 million cash credit from US lender Leucadia National Corp.

In the third quarter however, FXCM turned to a net loss of $39.1 million despite a slight increase in revenue. A year earlier it reported a net income of $73.7 million for the July-September period. The broker’s trading revenue went up 2.9% on the year to $59.6 million in the third quarter of 2016. 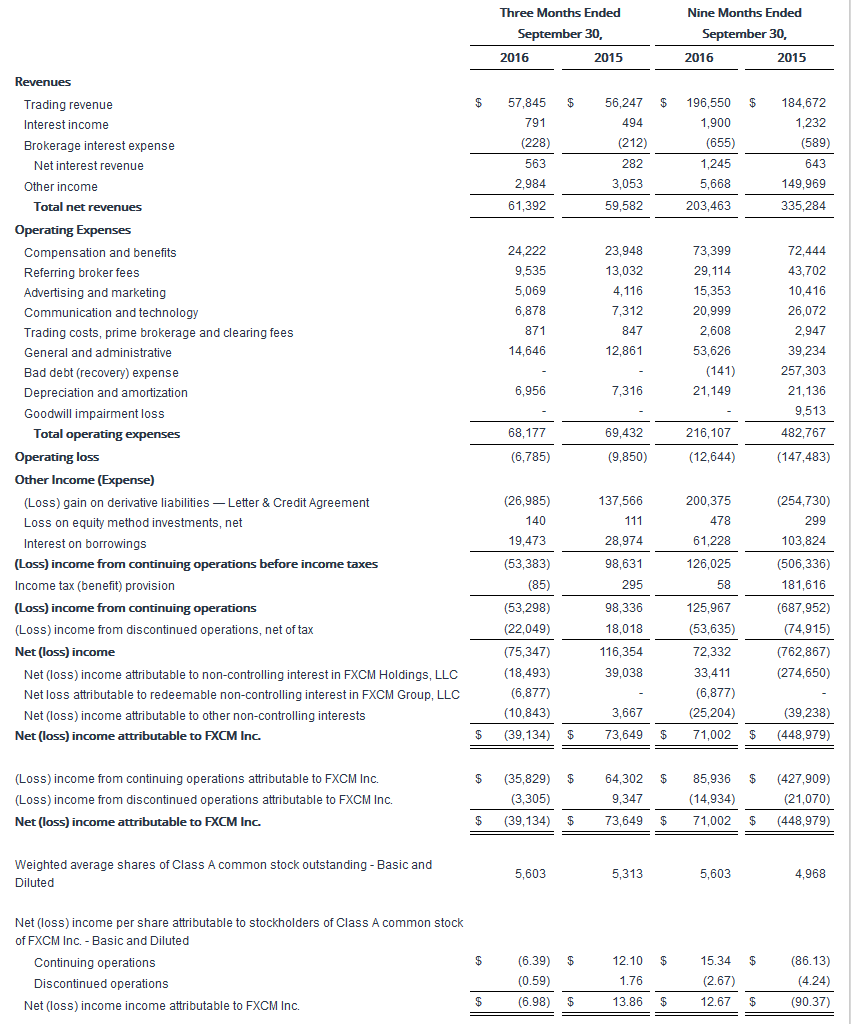 The broke also provided trading metrics for the month of October.

Meanwhile, Gain Capital, which is one of FXCM’s main competitors, also announced last week it turned to a consolidated net profit of $14.5 million in the January-September 2016 period from a net loss of $700,000 a year earlier, while its consolidated net revenue dropped by an annual 11% to $296.1 million.

The FXCM Group is 50.1% majority owned by FXCM Inc. The rest of the group moved to the hands of Leucadia National Corporation earlier this month as part of a a definitive agreement the two companies signed to amend the conditions of their credit letter agreements.