UK forex brokerage London Capital Group, aka LCG, said on Thursday it has issued subscription rights for 7,903,120 new ordinary shares which will be used to meet agreements and overdue payments. The broker has already received the London Stock Exchange’s approval for admission for trading on the AIM, the exchange’s market for smaller growing companies.

Shares from the new issue will rank pari passu with the existing shares. As a result of the issue, LCG’s capital consists of 380,531,519 shares with a par value of GBX 5 – more than 379.5 million voting shares and 1.0 million shares in treasury.

The broker said its newly-announced brand ambassador Stanislas “Stan” Wawrinka has subscribed for 5.0 million new LCG ordinary shares at GBX 5 per unit, or a total of £250,000. This equales 1.3% of the broker’s capital. The rest of the issue, or 2,903,120 shares, went in the hands of financial service provider Peterhouse Corporate Finance Ltd., to which the broker has outstanding fees.

The subscription of Wawrinka is part of the sponsorship deal LCG struck with the tennis player earlier this month. Under the agreement, Wawrinka is required to invest in LCG and endorsing its services. 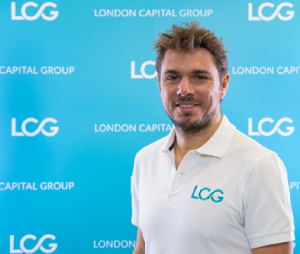 “I am overjoyed to have partnered with a globally recognised name like LCG,” Wawrinka said. “They have put their full confidence behind me and I’m very excited to work with them as I start this new phase of my career,” he added.

London-based LCG is regulated by the UK Financial Conduct Authority (FCA). The company is a wholly-owned subsidiary of holding company London Capital Group Holdings, which offers through its subsidiaries online trading in forex, index, share and commodity contracts for difference (CFDs), as well as financial spread betting (for UK residents).

The broker’s shares closed Thursday at GBX 4, which is the highest seen since mid-September, and traded 3.12% lower at 1000 UK time on Friday.