Full 60% of the applications were regarding new licenses, while 25% of the total were related to license variations. The remaining 15% were related to professional registration (liquidators and auditors).

The ASIC approved 41% of all applications it received in the period under review, compared to in 36% in the previous six months. Of this amount, 78% of applications were approved in a form other than as requested by the applicant (with 76% of these relating to an AFS license and 68% related to a credit license). Meanwhile, 9 AFS licences were suspended and another 143 were canceled. 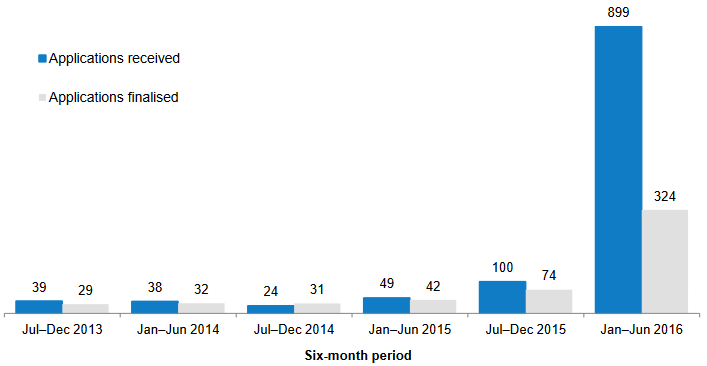 “ASIC continues to be concerned that some entities are seeking an AFS licence in order to display the licence on the entity’s website, or the foreign related entity’s website, and thereby suggest that services provided by the entity in a foreign jurisdiction to foreigners are provided under the AFS licence and are regulated by ASIC,” the regulator said in the report.

In the beginning of June, the Australian financial authority proposed regulatory changed aiming to facilitate the licensing procedure. It intends to introduce a regulatory sandbox licensing exemption. The regulator held public consultations and received 29 submissions from market participants which it is currently reviewing. 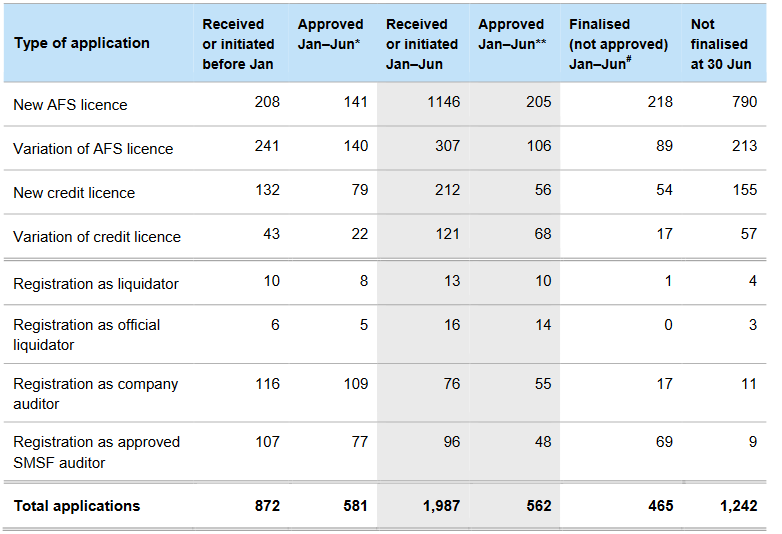 During H1, ASIC canceled the license of forex brokers over inabilities to meet requirements and standards or unannounced ownership changes. In some instances, concerning IMS FX Services Pty Ltd. and Clemente Group Holdings Pty Ltd., the cases were taken to Australia’s Administrative Appeals Tribunal (AAT), which confirmed the regulator’s decisions.

“We have been concerned about the attitude of some applicants who appear willing to provide false or misleading information in support of a license or professional registration application. This has the potential to significantly undermine confidence in the licensing and registration assessment process,” the regulator noted.

The ASIC assessed 9 applications for peer-to-peer (P2P) lending in H1 and is currently assessing additional three. In January-June, it granted 7AFS licenses and 3 credit licenses.

It seems the regulator is planning further improvements to the current regulatory framework, which was introduced rather recently. It will preparing to launch a series of surveys among licensed market participants. The results will be used for the better understanding of the market and identify relevant issues.

Financial investment companies, including forex brokers, are forbidden to operate in Australia without a local license. Investors who engage with unregulated brokers put their funds at risk. The regulator maintains a register with all authorized entities and regularly issues warnings against unauthorized entities.

More than 1200 Australians have lost over AUD