Amid the turmoil and the dive the stocks of the UK forex brokers took upon the news of Financial Conduct Authority’s plans to impose a leverage cap on CFDs, one of the major stakeholders in Plus500 (LON:PLUS), Odey Asset Management raised its stake in the broker.

At prices at market open on December 6, shortly after FCA’s announcement, the stocks of Plus500 dipped to GBX 319, but have since recovered somewhat. At noon on December 7, the price is around GBX 370.

According to market data, the price of Plus500’s stock fell 28% on December 6 after FCA’s announcement and the broker lost £163 million of its market capitalization. It appears that Odey Asset Management simply seized the opportunity to buy at lower prices and did so. 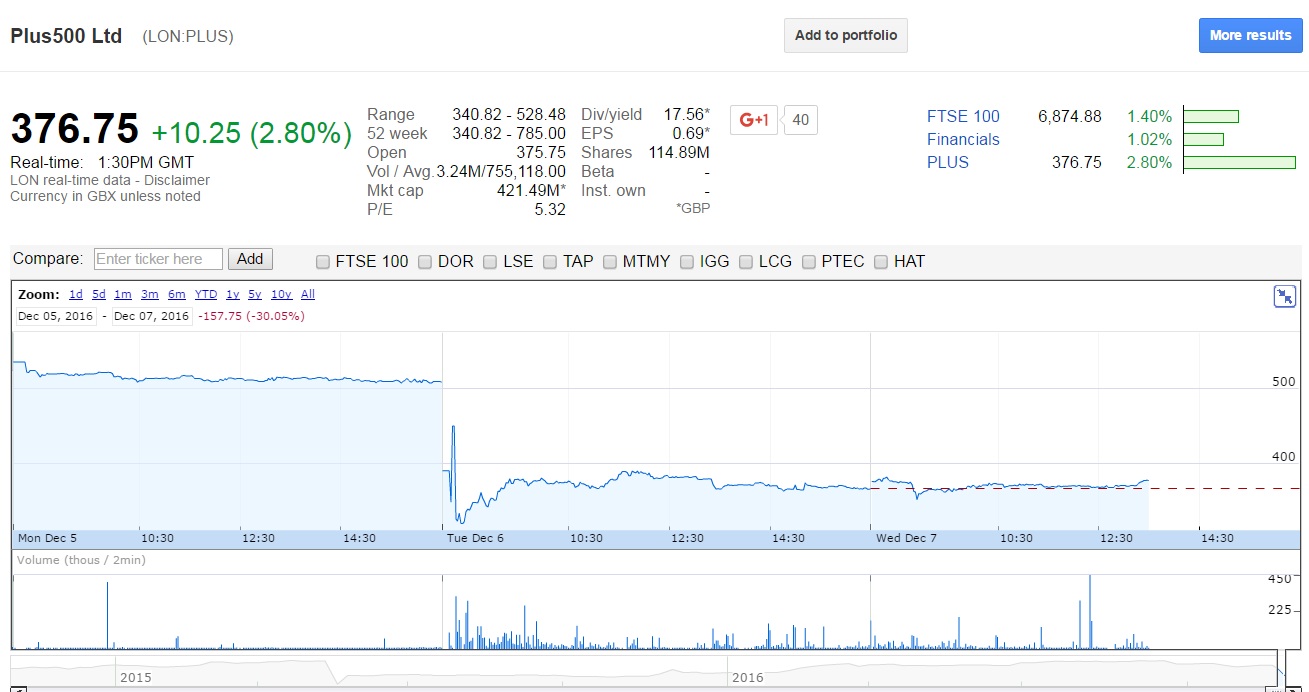 Analysts comment that after the initial shock from FCA’s decision, the major UK forex brokers – IG Group, CMC Markets, Plus500 and the UK branch of Gain Capital, which lost a total of £2 billion in market cap on December 6, will recover. One example of such recovery is the Japanese forex market, which went through its own round of regulatory restrictions and despite the 1:25 leverage cap, is blooming.

Some of the major players on the UK forex market like CMC Markets, Oanda and Gain Capital already said they will not be significantly affected by the new FCA rules and even welcomed them. But others, like Plus500, which has 20% of its revenues generated by its UK subsidiary, and IG Group, whose stock price suffered the most with a 38% drop, expressed concern.

Plus500 is licensed by three other regulators, besides FMA and Israel’s ISA – the Cyprus Securities and Exchange Commission (CySEC), UK’s Financial Conduct Authority (FCA), and the Australian Securities and Investments Commission (ASIC). Recently Plus500 also obtained forex licenses from the Israel Securities Authority and New Zealand’s FMA.