The regulator has also extended BCFX Broker’s license suspension for the second time.

The decision was announced on Thursday, but was adopted on 28 November, 2016. It was based on the Investment Services and Activities and Regulated Markets Law, the watchdog noted without providing details.

The broker’s license was initially suspended in late July this year. The regulator checked on a possible non-compliance on part of the broker with the conditions for the company authorization regarding client funds and shareholders. The suspension was later extended in early September.

On its website, the broker notices that its license has been suspended, but provides no further information. 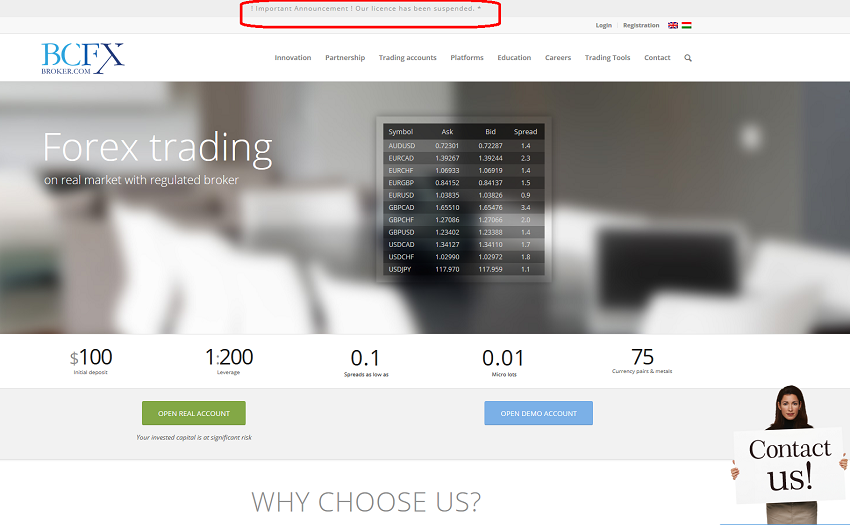 The license suspension means the broker is not allowed to on-board new clients and execute orders for existing ones and is obliged to provide traders access to their funds at all times.

Financial service providers are not allowed to lawfully operate in Cyprus unless they hold a license by the CySEC or the relevant authorities in any other EU member state. A CySEC license, on its part, provides access to the EU markets. The watchdog provides two types of CIF licenses – limited and full.