Forex brokerage giant Gain Capital [NYSE:GCAP] said its trading volume in the retail business went down by more than 11 percentage points in 2016, compared to 2015. 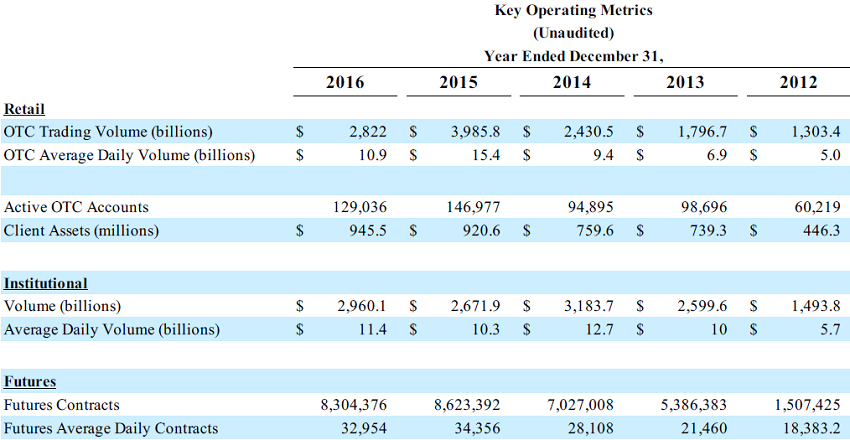 The broker generated a retail over-the-counter (OTC) trading volume of more than $2.8 trillion during the year, which is 29.2% lower than in 2015. Approximately 48.8% of the overall customer trading volume in 2016 was generated in the retail segment, compared to 59.9% a year earlier.

In the institutional segment, on the other hand, the broker performed better in terms of volume, but generated a lower revenue. Institutional volume was close to $3.0 trillion last year, which represents a 10.8% increase.

Gain Capital’s 2016 revenue totaled $411.8 million, or down by an annual 5.4%, which was still strong, compared to previous years. In the retail segment, revenue was $330.7 million last year, posting a decline of 4.8%. Meanwhile, institutional revenue dropped 14% to slightly over $29 million in 2016. The broker also reported, in line with previous publications, a net income of $35.3 million in 2016, which represents a growth of 243% from a year earlier. The figure is the highest in the broker’s history.

Gain Capital’s also generated $47.4 million in revenue from futures services last year, up from $45.4 million in 2015.

As of 27 February, 2017, Gain Capital acquired the US client base of peer Forex Capital Markets (FXCM), which was banned it from operating in the country as it was charged with taking positions against customers.