Breaking News
Home
All News
Monex Group buys back own shares worth $8.4 million

According to the company statement, the decision for the buyback of up to 3 600 000 shares was taken on the end of April at a board of directors meeting.

Over the past month the shares of Monex lost 1.05% of their value on the Tokyo Stock Exchange and 10.73% since the beginning of 2016. Its current market capitalization stands at JPY 80.41 billion and is still the second largest Japanese forex broker after GMO Click, which in April displaced it from the first position. 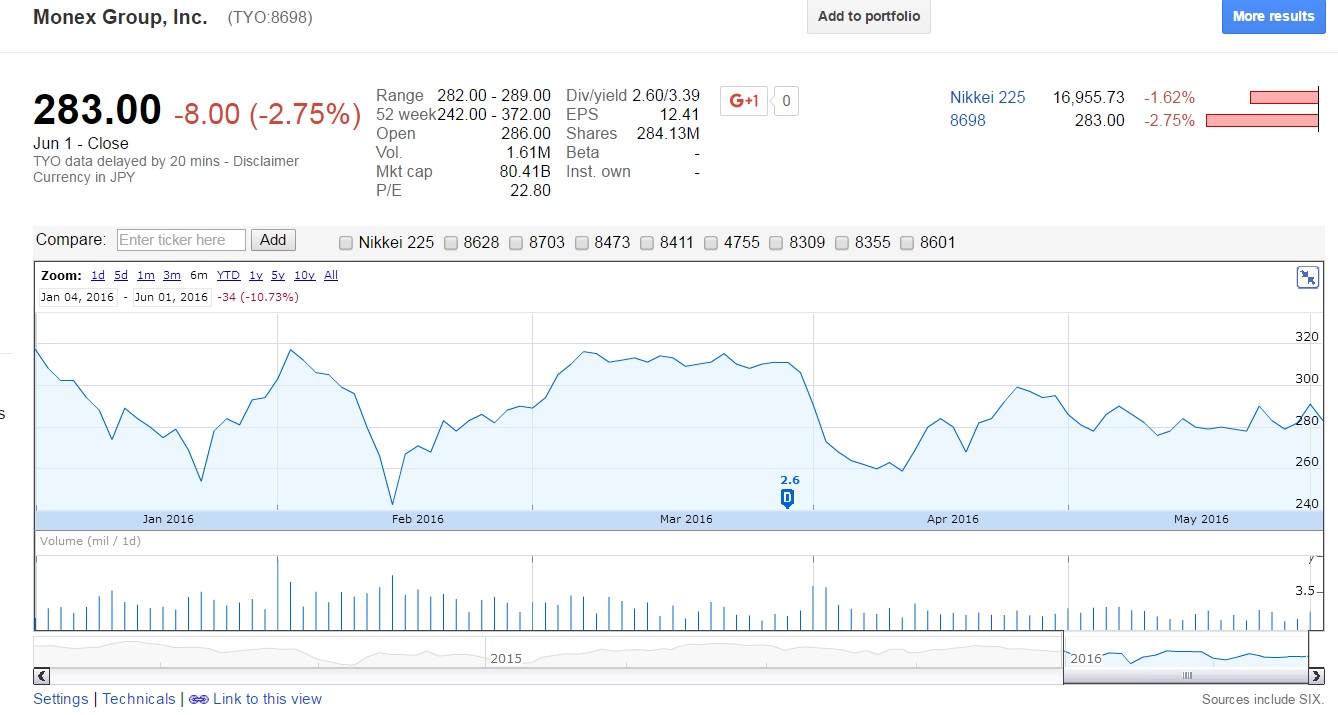 Since the beginning of this year Monex Group saw ups and downs, but mostly downs. Most recently its April operating revenue fell below FY 2016’s lowest, while its DARTS rose a little above those of March. Also in April Monex announced it is discontinuing the use of the Tradable platform.

March, however, was abysmal for Monex and it reported a 34% plunge in the trading volumes of its global operations. Also in March its operating revenue fell 6.5. February was somewhat better for Monex, which saw a 13% increase in its total global forex trading volumes, month-on-month.

Monex Group operates under three retail trading brands – Monex, TradeStation and Boom. It consists of Japan-based holding company Monex Group Inc. and its Japanese subsidiaries Monex Inc., Monex Ventures, Trade Science Corp., Monex Hambrecht, and Monex-Saison-Vanguard Investment Partners, which is a joint venture in which the group holds a majority stake. In addition, the group owns TradeStation Group, which is in charge of the operations in North America and Europe, and Monex International, aka Monex Boom Group, which is in charge of the Asian business.