Binary option broker OptionBit has become the latest one to reduced the number of its staff in the European Union as result of the recently-introduced stricter regulation in Cyprus, finance news provider Finance Magnates reported, citing unnamed sources with knowledge on the matter. The broker’s management refused to comment on the matter, according to the media. 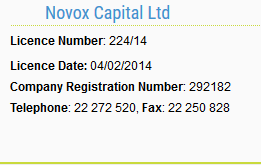 The downsize is taken as a measure for cost optimization. It will mainly affect the broker’s business in Europe, since it operates globally. OptionBit is a brand of CySEC-licensed Novox Capital Ltd.

Last year, the Cyprus Securities and Exchange Commission (CySEC) altered forex and binary option regulations, making it harder for brokers to meet its requirements. In April the regulator introduced new rules specifically for binary option instruments. In November it announced the ban of bonuses as a measure to attract clients and the introduction of lower default leverage cap (50:1) for forex and contracts for difference (CFDs). The changes were triggered by the recommendations and guidelines of the European Securities and Markets Authority (ESMA) from mid-October in regards to forex and binary options regulation.

Last month OptionRally, another CySEC-regulated binary option brokerage, also laid off most of its employees in Israel who serve English-speaking customers, where it was mainly present. As a result, the broker cut its presence there to nearly non-existent. The reason for this move again was the recent CySEC regulatory amendments – the bonus ban especially affected OptionRally’s decision.

Meanwhile, Banc de Binary, a famous binary options broker, renounced earlier in January its CySEC license, its sole one, just days after it became clear the broker will no longer accept new clients from within the EU and existing clients will only be able to close their positions. Banc de Binary used to hold a license from the relevant regulatory body in Belize, but it lost it in October 2016 over non-compliance.

Cyprus is one of many countries to attack binary options

The majority of regulators, especially those in the EU, have expressed strong opinions against binary options trading, pointing at their risky nature as the main reason. In the forex world, binary options are the closest to gambling and many regulators are either imposing stricter rules for trading in such instruments or taking steps to ban them altogether.

In August last year, Belgium banned the distribution via online channels of over-the-counter (OTC) binary options, spot forex, and CFDs with leverage. France has also banned the online advertising of “highly speculative and risky financial contracts”, such as binary options, forex and CFDs with a leverage greater than 1:5. In addition, the Netherlands and Germany have also announced they consider the ban on the advertising of such instruments.

Israel, which is not an EU member state but is a major European binary options hub, also imposed a ban on trading in such instruments in the country. Recently, the Israeli regulator also said it is to ban the advertising of binaries to retail clients abroad, which would put an end to major brokers will not be able to operate locally-based call centers.