“Racing is fast-paced,” says Martin Lamming, FXTM’s Global Head of Marketing, “Success requires dedication, innovation and a commitment to learning.” Most motorsports fans would recognize all three attributes as key to the prosperity of their teams, but few traders would associate those characteristics with their FX brokers. It’s the reason FXTM have become a key player on the global financial stage in only a few short years.

Ed Jones is a British racing driver. He has started his professional racing career in 2011. Since then he has won the European F3 Open Championship in 2013 and the Indy Lights in 2016. This qualified him for the IndyCar 2017 championship. He drives for the No. 19 for Dale Coyne Racing alongside Sébastien Bourdais. 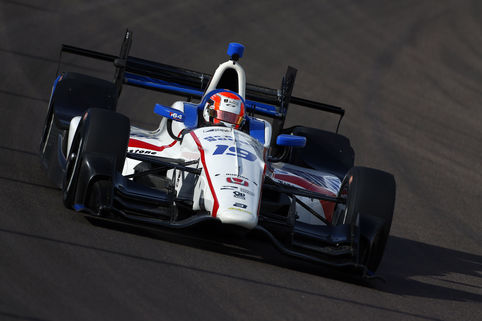 “Ed is a phenomenal young driver,” says Lamming, “He has displayed a dedication to his sport that has seen him successfully climb the ranks of lower series to earn a place on the grid of the iconic Indy 500. As an ambitious brand driven by a commitment to excellence in trading, learning and innovation, FXTM are proud to be sponsoring him for the landmark race of his career so far.”

The news of the latest sponsorship of FXTM comes a few months after the broker announced a partnership with the Sahara Force India Formula One. Previously FXTM has also sponsored the BASE jumper and Red Bull athlete Valery Rozov.

FXTM is based in Cyprus and regulated by the local watchdog, the Cyprus Securities and Exchange Commission (CySEC). Recently it obtained a license from South Africa’s Financial Services Board (FSB) as a Financial Services Provider. Last spring FXTM launched a UK division.