Rakuten Securities, the brokerage subsidiary of the Japanese conglomerate Rakuten Inc., continues to post insignificant increase of its revenue in the second quarter of this year.

According to the overall report of the parent company, the revenue of the brokerage in Q2 2016 reached JPY 12.23 billion, up 0.6% from the previous quarter. At the same time, however, the revenue dropped 4.9% on an annual basis. In spite the annual decrease, the quarterly revenue of Rakuten Securities continues to slowly inch upward – a trend that started in the previous quarter, after the significant drop in Q4 of 2015. 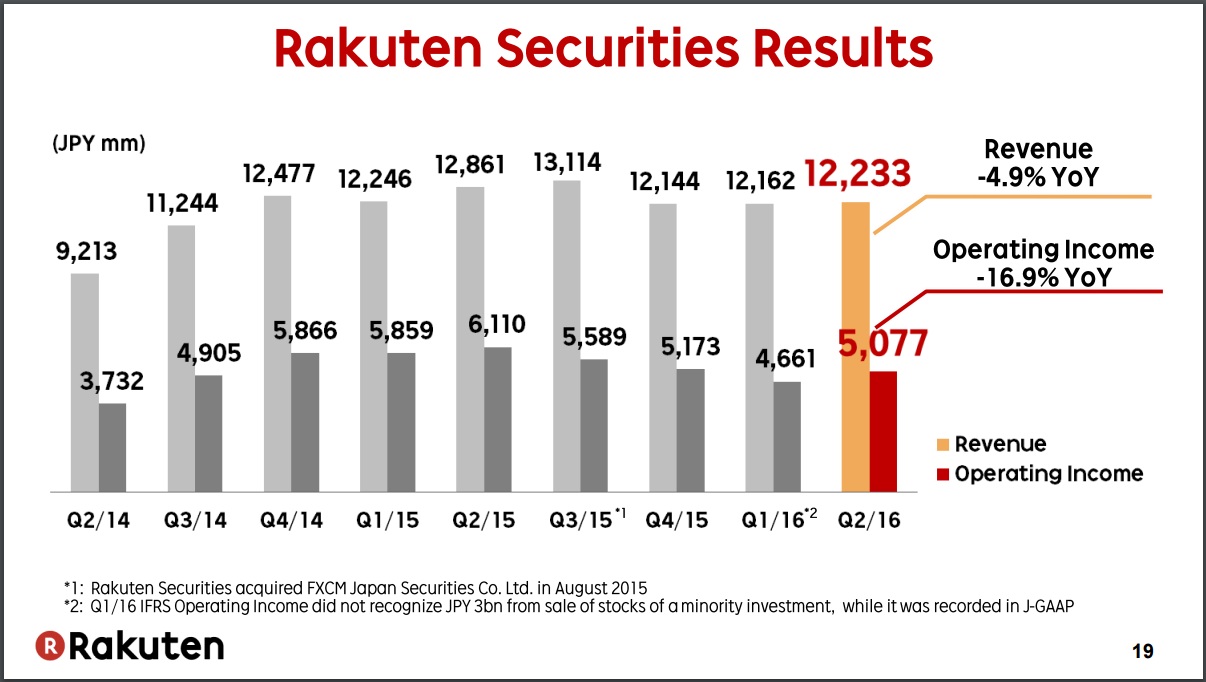 The situation with the operating income of Rakuten Securities is similar. On a quarterly basis the income rose 5.7% to JPY 5.11 billion, while on an annual basis dropped 16.9%.

In its presentation materials, Rakuten Inc. notes that the diversification of Rakuten Securities’ revenue structure continues, with the ongoing growth of forex and investment trusts. 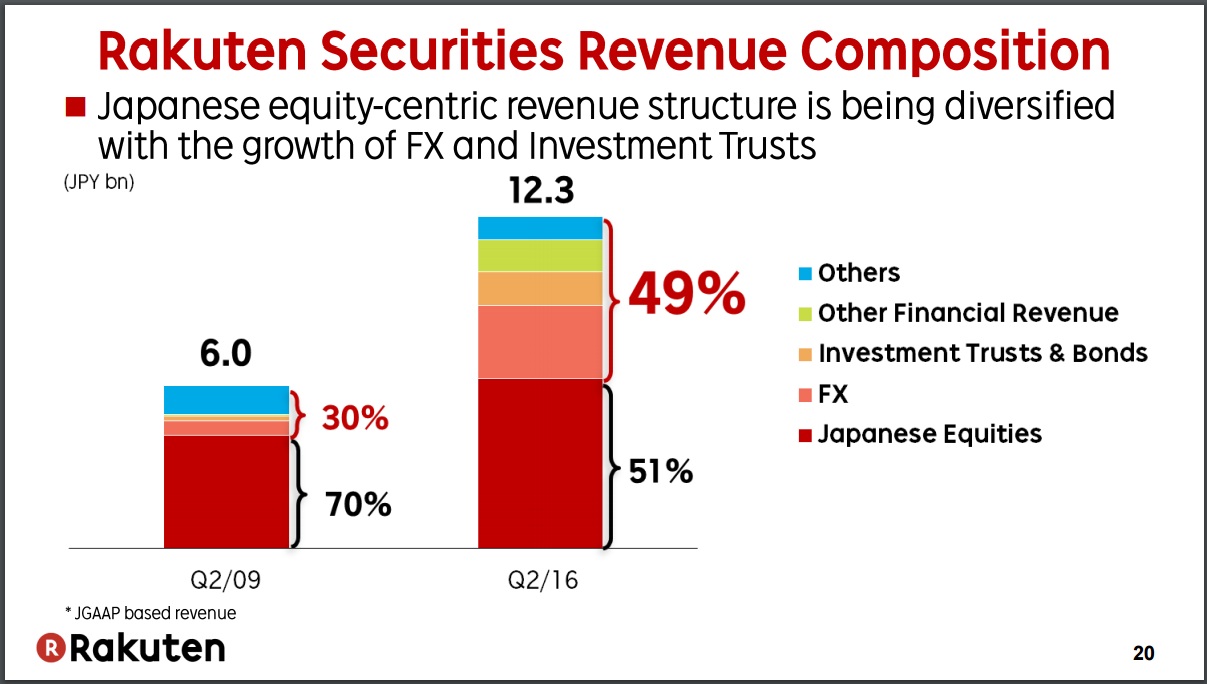 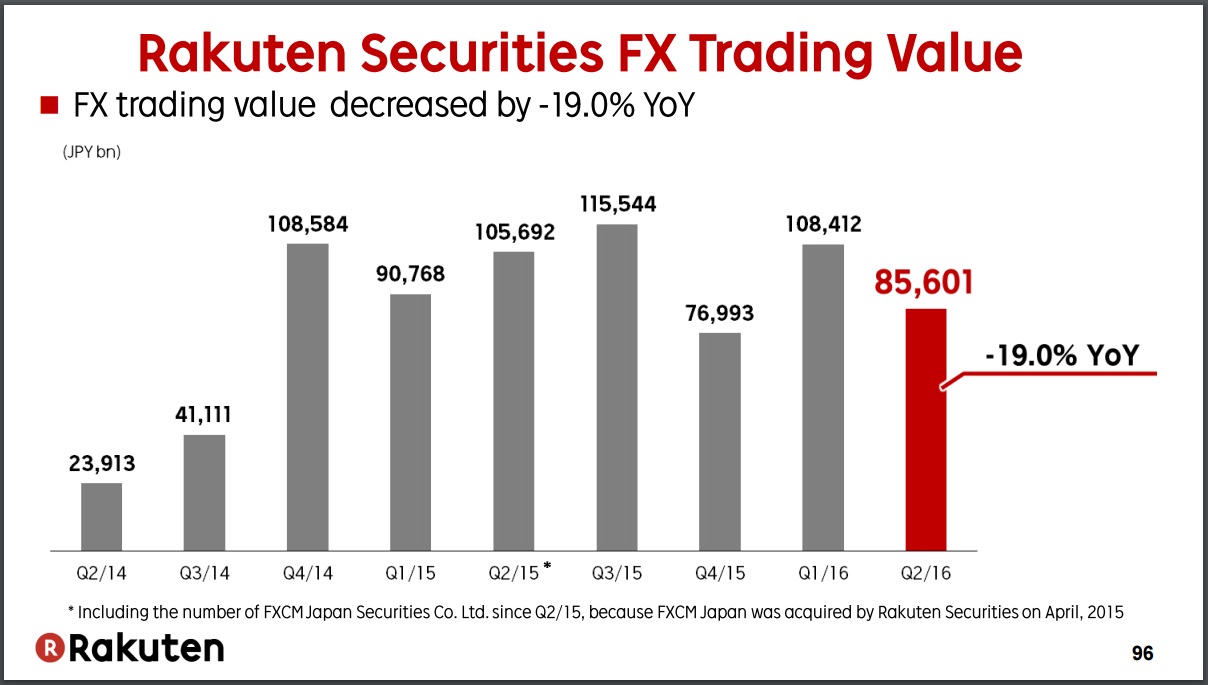 Meanwhile, the Finance Magnates site reports that Rakuten Securities acquired for an undisclosed sum the forex brokerage business of the Australian-regulated broker FX Asia. FX Asia has been mostly focusing on high-net worth clients and had a minimum deposit requirement of $10 000.

This spring the Australian Securities and Investments Commission (ASIC) had required from FXAsia to state more clearly that it only works with wholesale clients.

Rakuten Inc. is a holding company and its subsidiaries are active in a number of intenet-based businesses, including finance, retail e-commerce, travel, e-money, and internet banking.

Recently one of Rakuten Securities’ main competitors – Monex – reported that in the last quarter it has stayed profitable, but has posted an 85% decline on an annual basis.